Domain Name Values – Revisited 2012, Do They Have Any Real Value?

The original article was published in 2008. Upon rereading it a few minor changes are being made now.

If you’ve ever looked at buying a domain name you may have been bewildered by the huge differences in prices asked for domain names. For the uninitiated this is a mystery, however if you look long enough you will see this is the norm

When I first got involved in actually using the Web for my own purposes on a regular basis I was drawn into the idea that domain names have inherent value and I could capitalize on that. Well after many years on the ‘net I see that is not true. It is very difficult to put a fixed value on any particular domain name. However, you will find software that purports to give you the “value” of a domain name. These typical programs use from about six to ten factors to evaluate the worth of a domain. Other such programs do not tell you how many factors or what factors are used in their calculations.

Just a few days ago I discovered there is at least one domain valuation program that uses the sales prices of comparable domains to calculate a value of the domain in question. It has its limitations too, but might be of help in getting an estimate of the possible value of a domain name.

Then there are appraisal services that you pay from a few dollars to possibly hundreds to give you an “accurate” value as to the worth of a domain name. Personally I doubt these are any better than the software that claims to do the same thing. In all fairness, however, it is possible for a person with a lot of knowledge and actual experience in selling domain names to have a better idea of the value than a software program or someone with little or no experience.

Back in 2008 I was on a popular forum where I discovered there was a sub-forum that would give appraisals of domain names. I was interested in seeing what they thought of some of my domain names. I had a bunch of domain names and was curious what others thought of the value of them. It seemed like some of the people there might have good knowledge about domain names that came from real experience selling them.

I put forth about twenty or twenty-five of my names for appraisal in about fifteen different posts to get a feel for how they would do. I was surprised and disappointed at the same time. Less than ten of my domains got any response. I expected some decent appraisal values, but to my surprise none of my names received any good appraisals. 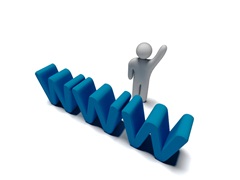 At first I put some mediocre names (in my opinion) out for appraisal, but all came back as essentially worthless or the same or less than the registration price I purchased them for. Fortunately I wasn’t in the domaining business or I would have been really disappointed.

Then I offered some of the better and even the best domain names that I had. Surely they would be valued higher than the previous group of names. Same bad results; most domains in the group were not even worth the registration cost. None of the names were worth even a hundred dollars, not even the best names I had. Finally there was one domain name that someone appraised as being worth possibly a few hundred dollars. I felt bad because I thought I had at least a few thousand dollars’ worth of names in that select group, if not more.

I watched as they valued other domain names different people had put forth and it was generally the same. There were few exceptions and I usually disagreed with those valuations. Mostly I thought the few they considered worth many hundreds to many thousands weren’t worth nearly as much or had well under a hundred dollars value, if that.

After analyzing hundreds of their eyeball appraisals I came to the conclusion that the value of a domain name is really up to the person wanting to buy it, if any. The values given to domain names by the forum members, by my guess, were about 90 % much less than $100 and the other few were high (over $1000) to quite high (one was in the hundreds of thousands of dollars), but in each case the high value domains did not seem to be worth anywhere near the value they appraised them for.

In all fairness, however, I think that forum was valuing the domains for someone who would buy them with the intention of reselling them for a profit. Probably they were all domain speculators or most of them were. What surprised me the most were the not-so-special domain names that were non dot com names. Some were getting a lot higher appraisal than comparable dot com domain names.

I am sure they would value some of the domains I owned and sold as worthless or no more than slightly over registration cost that I sold for hundreds or a thousand or more. I had given them some of my best short domain names, which I thought had decent value and others that I really felt had value of several hundred to a thousand dollars or more.

A very short dot com domain name that was the name of a river and very similar to one I sold for over $2000, was appraised as worthless. 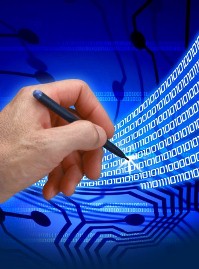 One name that I had bought at an auction was appraised as registration cost or less. Fortunately I bought the name to be used for a website for myself and to me the price I paid was a very good deal.

So from all the common and various ways of getting an appraisal of a domain name, it seems that none are the real value of a domain name. Some that I have seen that claimed to be appraised by an appraiser were definitely no better than picking a number out of the air as far as I was concerned.

It seems like the best way to get a decent price on a domain name you wish to sell is to put a website on it and drive some traffic to the site. If you do that you have a much better chance of selling it and will usually be able to get much more than the domain name is worth by itself. Of course this will not work well if the goal is to buy and resell domains quickly for a fast profit.

Next time you see someone selling a domain name that has a value on it be suspect of how they determined the value. If you are interested in it offer a lower amount (if you think it is worth the amount you are offering) and see if they will reduce their offering price. Many times they will reduce the price if they really want to sell it.

With millions of domain names available for sale or registration at any one time it is probably difficult for one to sell any particular domain name, let alone sell it for a high value, although there are notable exceptions. 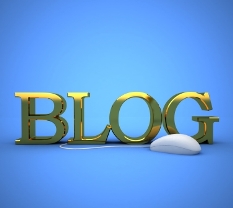 There was a great parallel in the California real estate market in December 2008 in the United States (still is in Southern California). The buyer was king and homes were usually worth much less than what sellers wanted to sell them for. In fact, in many cases, if not most, if you had bought a home within the previous few years it was usually worth less than what you paid for it. A good example of this was a house I tried to sell. It had cost just shy of half a million dollars a year before.

Our business was not doing well at the time so I decided to sell it as a short sale. It took 10 months to sell. When it finally sold, the selling price was $240,000 – less than half the price I had paid for it almost two years before. It must be noted, however, this was not the normal case in California real estate until the past few years. Compare that to someone selling domains and asking what you think is a high price. The value is in the eye of the buyer.

Charles has been on the Internet since the early 2000’s but only started having his own websites in 2005. He has owned over 700 domain names during that time.